No one has asked me personally what is going on but I know people are wondering. So in a weird turn of events I went to the ER for going into anaphylaxis, after being there for a few hours I went into some seizures which is when I stopped breathing I was admitted to the ICU that night and we came to find out some of my organs had decided that it looked like a great time to shut down and stop working.

I had been a surgeon two days before being admitted about putting in a double lumen mediport for medicines and possible TPN and fluids.

The hospital Drs didn’t want to let me go home before the surgery for the mediport because the only way I was able to get my medicine for the seizures was through the IV because every time I would put anything in my mouth I would vomit and if i can’t keep my seizure medicine down then my seizures are almost uncontrollable and can in turn, turn into me having to be intubated and being put into a medically induced coma.

So on Thursday Dec. 3rd I had a fantastic life charging surgery to put a double lumen mediport in. The surgery went sorta well I had seizures during the surgery but the doctors sorta thought I would. I was put in the ICU.

On Friday night at 9:30 pm my port was hooked up to something that is hopefully going to keep me stable enough to keep me out of the hospital. I was hooked up to TPN which is IV nutrients as my body seems to not be able to take food or anything really orally without me being sent into either anaphylactic shock or vomiting or other problems.

The TPN is being made just for me as my list of allergies is so long and we didn’t want me to go into anaphylaxis from it. Each bag is made by a pharmacist just for me. Each bag has sodium, a type of sugar, it has what most people are able to eat by mouth every day but for me it’s what I need. My blood is taken weekly to see if I need anything extra added to the bags. Like sugar or some different vitamins. Because of my POTS I’m on a high sodium bag which is really helping my black out episodes and seizures.

Almost all of my medicine is given to me through my port, I take about three medicines orally but they are either something that doesn’t come in a IV form or it is something that I have to swallow for my lungs/oesophagus.

There isn’t a long term plan for me right now as we basically are just trying to keep me out of going into anaphylaxis and having uncontrollable seizures. We have to watch me very closely to make sure I’m not getting any worse and that my kidneys and liver keep doing there job and don’t try to shut down again.

We don’t know what these diseases will do to my body but we are basically just trying to keep me stable enough to be out of the hospital and ER.

Right now I’m really happy to be able to go to Rory’s birthday party on Sunday and I’m so glad and hoping I’ll be able to be home for Christmas and New Years!!

It’s sorta funny in a weird way a few weeks ago I went on a short walk with my papa it felt like old times when we would go on these really long walks and we would talk. On this short walk we had to stop a few different times and I think I fall only twice. As we walked we talked and we shared our fears and things. When we came back to the house shortly after that I went into anaphylactic shock. Epipens were used and I was rushed to the hospital by Stephie. A few hours after that I stopped breathing and went into seizures, and my body was shutting down. Life changes fast.

And when you have chronic incurable diseases they don’t just charge fast sometimes they go to a dead end street and you have to find a new way to get where you’re going. There isn’t a treatment for my diseases that either works or doesn’t work there is no death or no death. It fully depends on what your body is doing that day. How bad you are gonna be in that moment. My liver could stop working any day and it would not surprise my doctors and other people but it could be fine for the next 40 years.

Life isn’t about living every day to its fullest being fully happy and never getting upset or sad. Life is about living just living. Be here and doing what you can to laugh every day and to feel each emotion as it comes. I am living with these diseases that will kill me one day but we don’t know when or where that day will come and we sorta just hope it isn’t in the near future.

I will cry I will be upset I will get angry (thanks steroids!) and I will be okay. I will fight and I will not fail my body because if there is one thing anyone knows about me it’s that I’m way to confusing for anyone and have been proving doctors wrong since I was two weeks old!! I’m a rebel! 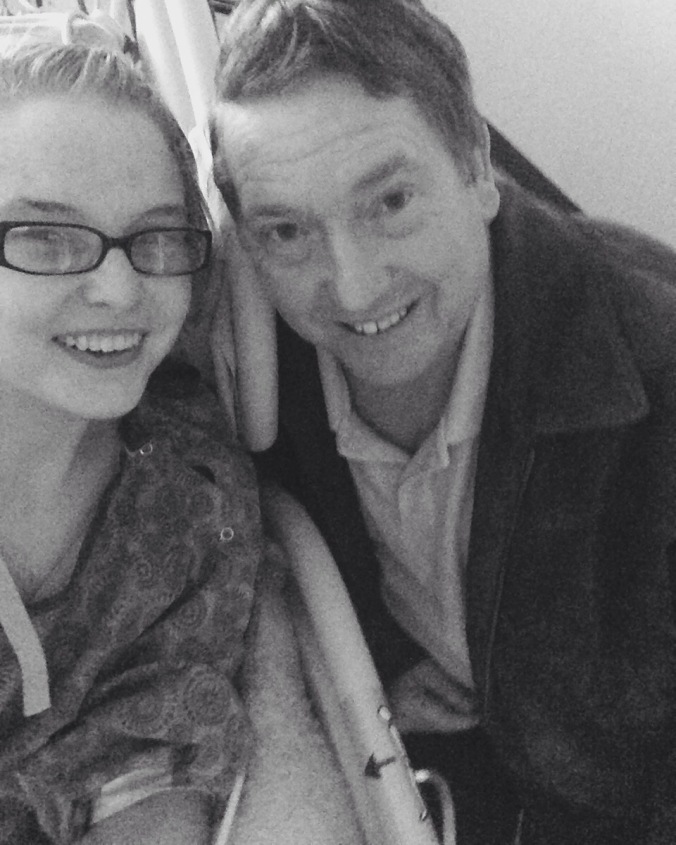 Alive and for that I’m utterly grateful and thankful.
Shayweaseling it!!!

3 thoughts on “As Planned!”