When I was 17 years old I went to California everyone I knew was shocked by what I was doing, I wasn’t one to step out of my comfort zone much, this was a big step. I at the time was living in North Carolina and California is a far way away. So I went and had a wonderfulish time. I met some great people and some not so great people but when I came back, it had been a year of living at home without any of my siblings all of them are older then me and had left for either college or jobs, it was sad and it was weird, but I think honestly I just missed them.

My sister Vana who told me she would pay me in Ice Cream to read twilight wasn’t joking, she brought me the book from the library when she came home one weekend and some ice cream. 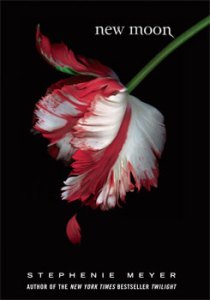 right around this time I was starting to become ill, and we weren’t sure why. I was going through some test and things, and would take the Twilight book with me to each appointment, it was then that we found out that I was allergic to about nine foods, some being corn, wheat, soy and nuts. If you know anything about food you know that that cuts out over 75% of processed food. My life changed real fast.

But I sat and took this news, and went home and read Twilight more. My sister came home a few weeks later after I had finished the book she brought me the next book New Moon. This book was her favourite but she wouldn’t tell me why. We went the store and walked up and down the ice cream aisle looking for ice cream I could eat we didn’t find any that day but I told her I would read New Moon. 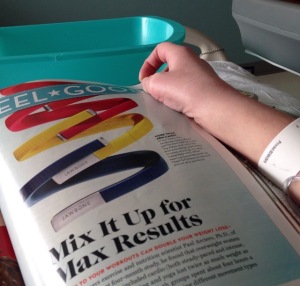 I love New Moon, it’s become this thing that I do when I get real sick or when I’m having a bad day, I pick up New Moon and I read. I read for hours. I think it’s become like a safety blanket to me. Its something that comforts me.

When I went through stuff as a 17 year old I read it and now I read it. Its why me and my sister Vana can write I need to read New Moon to each other and both of us understand that we aren’t doing fabulous.

I’ve learned a lot about food allergies since then and have found ways to have and make everything. But it’s just that when you find something that comforts you.. stick with it.

I have found my own new moon, I have been on this weird way of living but its still good. I don’t look for happiness all the time, I look for the new moon, because its always there even when I don’t see it right away. I just have to look past the darkness in the sky and look past the stars and the planets to find a weird new moon just being in the sky. Life goes hard but remember it can always get better and worse, but the better can be made from the worse. You don’t have to look for the darkness it just shows up, but you can look for the light, that little new moon. That safe place. Don’t look for dark look for the moon. Its barely light but just enough….

Thanks for reading..
Shayweas out…